‘Cause it’s getting REALLY cold out here on the farm!

Temps have been consistently in the 30s each morning, but the frost lingered until long past the time when I usually take Thomas out for the bus today.   Amazingly enough, very few of the green items we have at market right now are from the greenhouse.  Most, like spinach, kale(s), collards, turnips, brussels sprouts, lettuce and bok choy, are still being harvested from the fields weekly.

As long as the weather isn’t too harsh right away, the plants become accustomed to the weather and actually thrive.  They don’t grow nearly as quickly as they do in the early fall, but grow they do.

It’s not only temperature that affects them, either.  The number of daylight hours is less now than it is in the summer.   Less light means the plants don’t have much time to produce food (that whole photosynthesis thing) and without food, there’s no growth.

We’ve got a few micro-climates around the farm, and each weather or seasonal change makes us realize the importance of forethought.  Farmer Sonny has been farming for over 50 years full-time and he was born here in 19-ahem , so he knows the place like the back of his hand (even the one with the short fingers).

He knows what spots on the farm are the wettest, the coldest, the warmest, the driest.  He knows to plant things for early or late season harvest nearest the barns.  Those areas are drier than other spots, and the

proximity to buildings keeps the ground and the air just a few degrees warmer than smack dab in the middle of the fields.

If you haven’t been to the farm, or the Black Dirt Region of Orange County even, I’ll fill you in on a little geographic novelty that we call “The Valley”.   The Black Dirt is the remains of  what was at one time a lake bed.  When those lovely little glaciers melted up north, they pretty much slid down our way, wiping out everything in their path, and creating a lake at the end of their journey.

So here we are….  If you stand in the middle of our fields and turn yourself around 360° you will see the entire area (about 22 square miles)  bordered by mountains (ok, not like the Rocky Mountains in terms of height, but mountains nonetheless).  The Black Dirt region is like one big compost heap – animals, vegetation, anything that was in the way of glacial movement ended up in low-lying areas like this completely covered with water and, lucky for us, that stuff decomposed into the most beautifully rich soil you’ve ever seen.

Where was I?   I kinda got sidetracked.  The Boy needed to bathe and then there was that riveting game of ‘Guess Who?’

The breakfast of choice lately, besides the requisite POT of coffee?  Steel Cut or Irish Oats.  Gotta warm up that belly, too!  I started eating steel-cut oats when I was faithfully following Weight Watchers back in ’05 (and ’06 and ’07), but they were so costly!  The can pictured is what I used to be able to get at my supermarket, but then I found them at Trader Joe’s for a much better price.  I just keep the can and transfer from the cardboard package, ’cause that’s how I roll.

I make a big batch of this creamy breakfast and reheat as needed with additional fat free milk and a little brown sugar.  If I’m feeling decadent, I add a tiny drizzle of half and half.  It’s a great thing to keep in a Thermos food jar as well – and I’ve been known to bring it to market with me on these cold mornings.

You can make this dish stovetop with the directions provided, or you can even make it in a crockpot.  I’ve seen recipes that required an overnight cook, but the end product was much too pasty for my tastes.  I let it cook on high for about an hour, then I add the fruit and continue to cook for another hour or so.  You have to judge for yourself as every crockpot is different.

Bring water to a boil in a 2-quart saucepan.  Stir in oats and return to a boil, then reduce to a simmer.  Allow to cook about 10 minutes, partially covered.  Stir in the fruit, caramel syrup if using, and spices.  Let simmer for another 20 minutes or so, stirring often.  Watch the flame so it doesn’t scorch or stick.

Serve in bowls with some cream (or milk, bah), brown sugar and additional cinnamon sprinkles.

While I’ve been harried in the barn, STILL, trying to get market veggies prepared (surprising since it’s after Thanksgiving and we should technically be slowing down significantly), Farmer Sonny has been busy getting the greenhouses in order.  He installed this ‘new’ water tank – I say new because it’s new to this area of the farm.  It was NOT purchased, it was re-purposed, as farmers always do.

Inside the woodstove on the right is a small water tank – probably holds about 3 gallons.  The tank to the left is also nearly full of water.  Science tells us that hot water will rise, so as long as the fire is going,  nature takes care of the rest.  The water heats inside the small tank, then pushes it’s way out and back into the large tank (via the hose on top).  As it does, the colder water makes its way into the small reservoir inside the woodstove (well, it’s gotta go SOMEWHERE!).  It just keeps recirculating and warming the water in the large tank.

Warm water in the large tank helps warm the air inside the plastic-enclosed greenhouse.   Dad is installing a fan behind the tank so it will push the warmer air through the area.  We also have a furnace that keeps the greenhouse above freezing, and that’s on a thermostat.  I believe it went on the other night when the temps dipped below 47°.  It’s essential to have that back-up in case the fire goes out.  Can’t afford to lose those crops, and although he’s done it for decades, it’s time for Farmer Sonny to sleep at night instead of tending a greenhouse stove.  We’re hoping to cut the fuel bill in half just by using the wood and water set-up.  Anything to help, right? 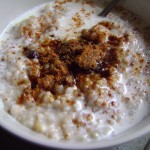 One thought on “Brrrr! Where are My Fuzzy Slippers?”