The cooking method that has eliminated the hot mess that is summer corn on the cob.

Many of you know I’m a fledgling photographer and I took the opportunity to join a local photography club a few months ago (thanks Kathleen!). I figured it would be great to learn the craft from those (FAR) more experienced than I.

I never took into account the fact that you have to actually practice in order to learn and hone your skill and like anything else, if you don’t use it, you lose it. That’s kind of how I felt 2 weeks ago when a group of club members came out to the farm for a sunset photo shoot.

I have been too busy with farm goings-on to even pick up my camera more than briefly and in the company of such seasoned photographers, both professional and amateur, I felt just a little self-conscious.

I know that’s silly. Other people don’t think about us nearly as much as we think they do. I guess I just wasn’t feeling it that night and artists need inspiration.

I wasn’t inspired…  But The Boy was! I let HIM take some photos that night and he came back with a few good images. Our favorite is this one:

Since I’m showing you a pic of corn tassels, you can probably guess that sweet corn is ready here at the farm!

That means that summer is officially here!

Our corn was ready about 2 weeks earlier than nearly everyone around us. My father insists that ‘we’ did a good job this year. I constantly have to remind him that he was the man who decided to put row-cover on each of the rows of early corn (the seeds were chosen for their cold-tolerance, short days to harvest, and most importantly, taste), basically giving every single plant its own little greenhouse in which to grow.

We had lots of cold weather in May, then we had 12 inches of rain in June. The cherry on top of this sucky-season sundae?  2 week-long heatwaves in July. We didn’t think the day would ever arrive and then suddenly…. it was ready!

As I said before, we’ve had heatwave upon heatwave here in NY. That means temps between 95 and 100 for  a week. My father has a recording thermometer. It did indeed register 100 at least twice in the last heatwave.

Coupled with the humidity, and the hot flashes I’ve been experiencing thanks to my genetic inclination toward early menopause, the working conditions were downright unbearable. I spent much more time sorting our drive-in cooler than I probably had to.

It was also unbearable weather in which to cook. I HATE coming home from dirty, sweaty work, showering, then making dinner and breaking a sweat while eating. Atrocious.  And when your child complains about dinner? Well…  I wasn’t praising his precocious nature.

There are only so many times you can explain that the ‘hair’ is called a silk and it’s necessary for the development of each and every corn kernel on the cob before you just lose it and tell the beast to eat it or leave it!

Then I learned the trick…  It’s all about the microwave! 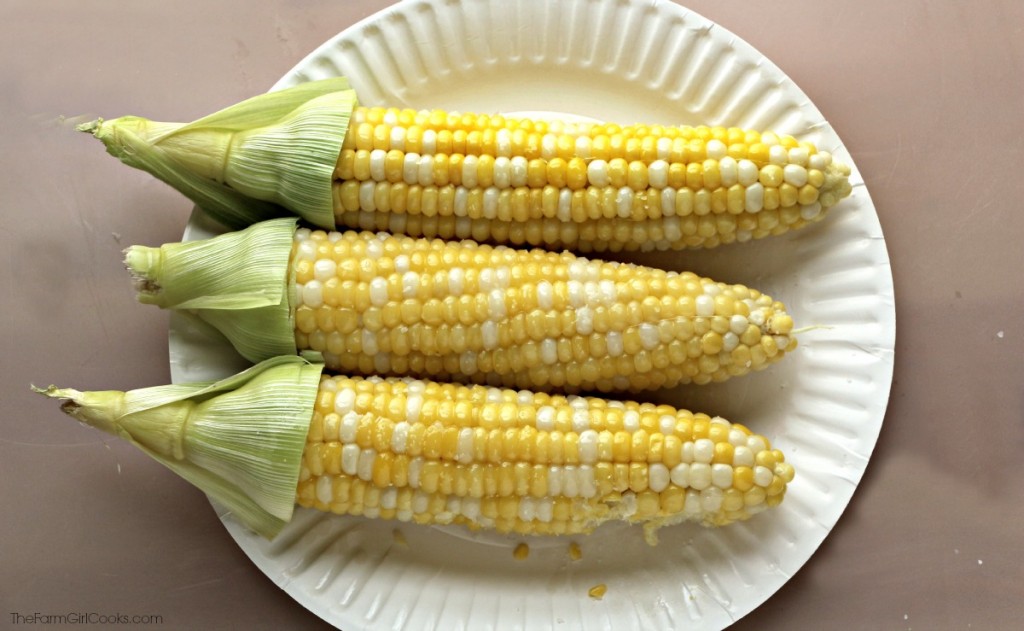 I’m know I’m not the first to do this but let me share the joy of cooking corn on the cob in the sweltering heat of summer without having to boil a pot of water or battle the air conditioner.

Best of all?  No more fighting with corn husks. 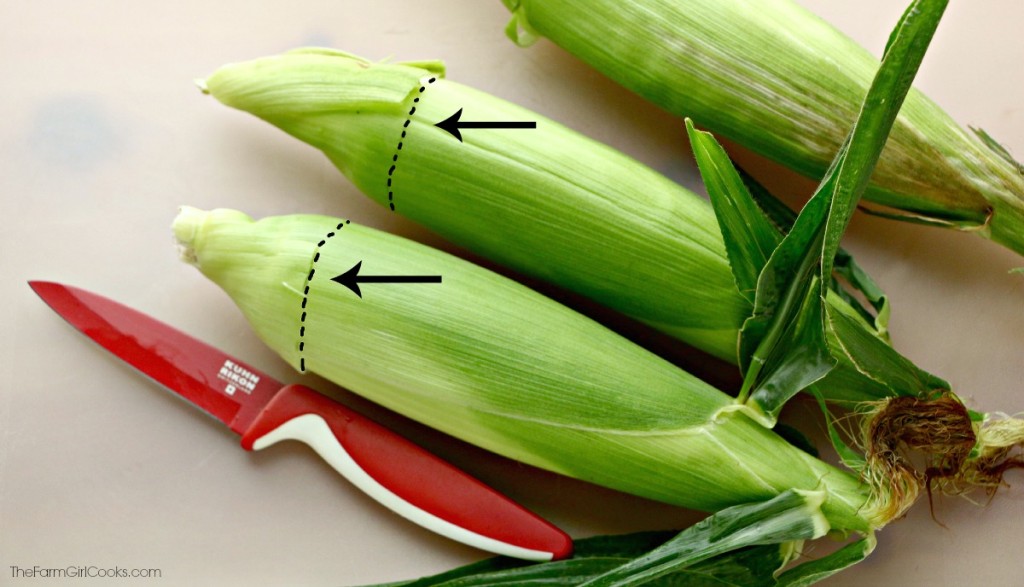 With a sharp paring knife, score around the base of the un-husked cob. Be sure to cut all the way through to the kernels. If you don’t, you won’t get the husks off easily. Place the corn in the microwave – you don’t even need a plate – and cook on high power 2-3 minutes per ear. This will, of course, depend on the power of your microwave.  I know nothing of wattage so I can’t help ya there.

Let the corn sit a few minutes, then carefully (use a towel if you like) holding the stem and the silk ends, give the silks a tug and a twist and pull them right off the top of the cob. Arrange these babies on a platter and bring to the table with an assortment of flavored butters, salt and pepper. 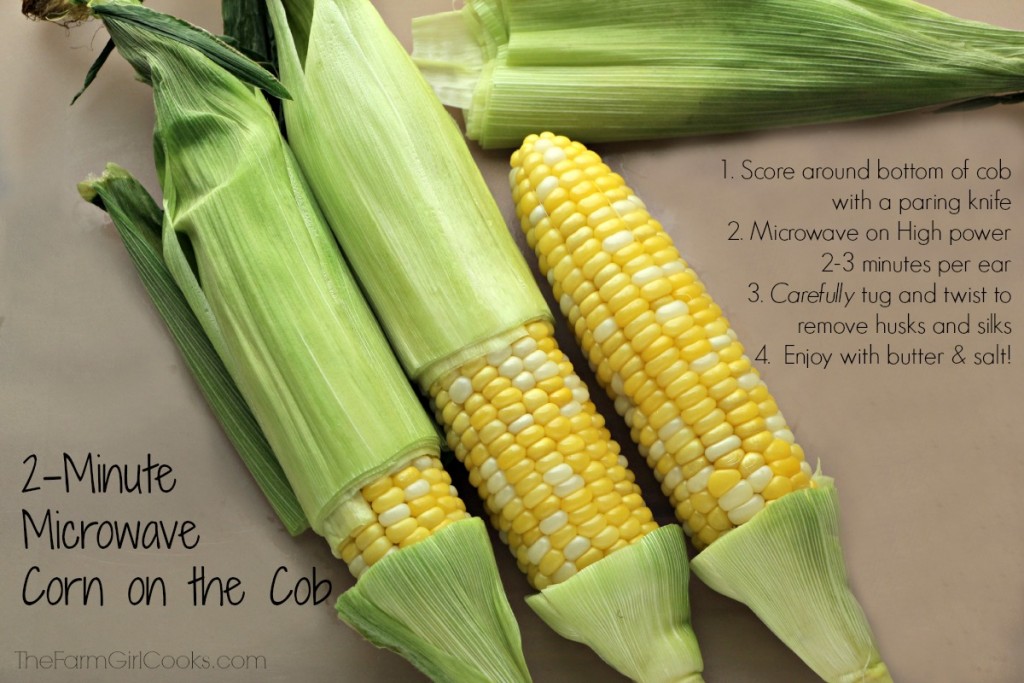 Please share this post, or even just the pic above, and save the parents of picky young children everywhere. Hairless corn is a blessing 😉 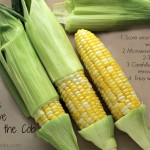 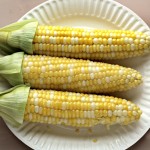 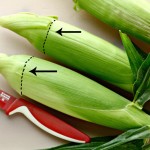 8 thoughts on “Field to Feast: Fast & Easy Sweet Corn on the Cob”