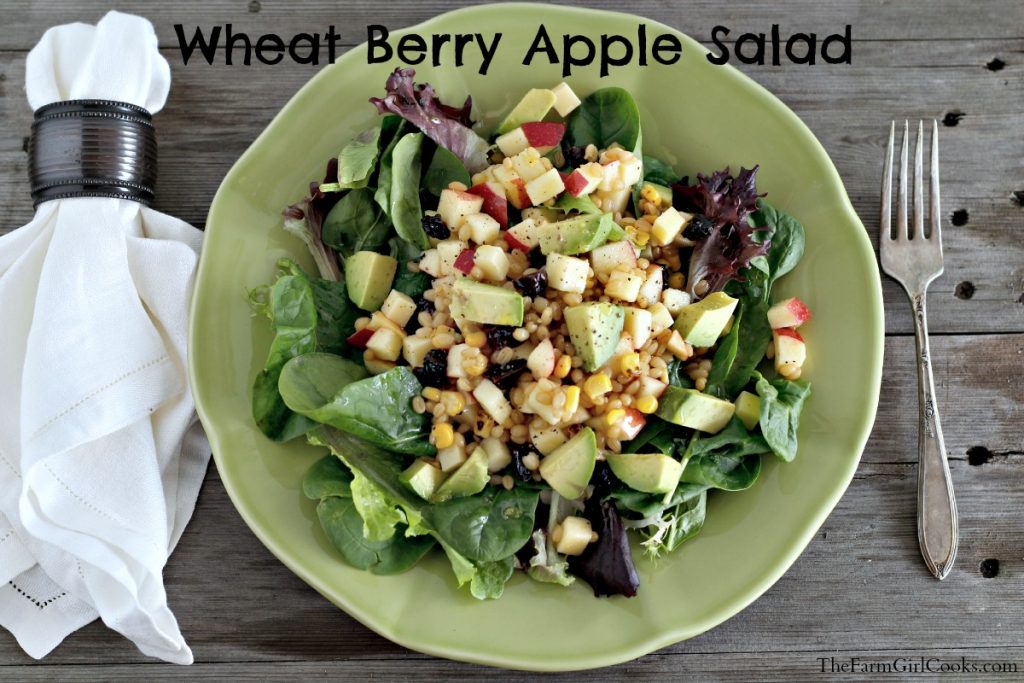 I DVR’d Bizarre Foods with Andrew Zimmern the other day.  Thomas and I sat down to watch it and I couldn’t remember for the life of me WHY I wanted him to see it.  He wasn’t too impressed with the Texas State Fair food or the javelina hunt ‘n’ roast, but as soon as the NASA food developers came on the screen, boy did he light up!

My progeny decided long ago that he will be an astronaut when  he grows up.  I have to keep him focused on that goal at times by reminding of things like “they won’t let you pilot a space shuttle if you don’t know your times tables.”

Sitting next to me on the couch that day, he watched those NASA scientists prepare dehydrated shrimp cocktail and freeze-dried chicken fajitas.  Without missing a beat, he turned to me and said, “When I’m up in space I’ll have to get used to eating food that isn’t as good as yours.” 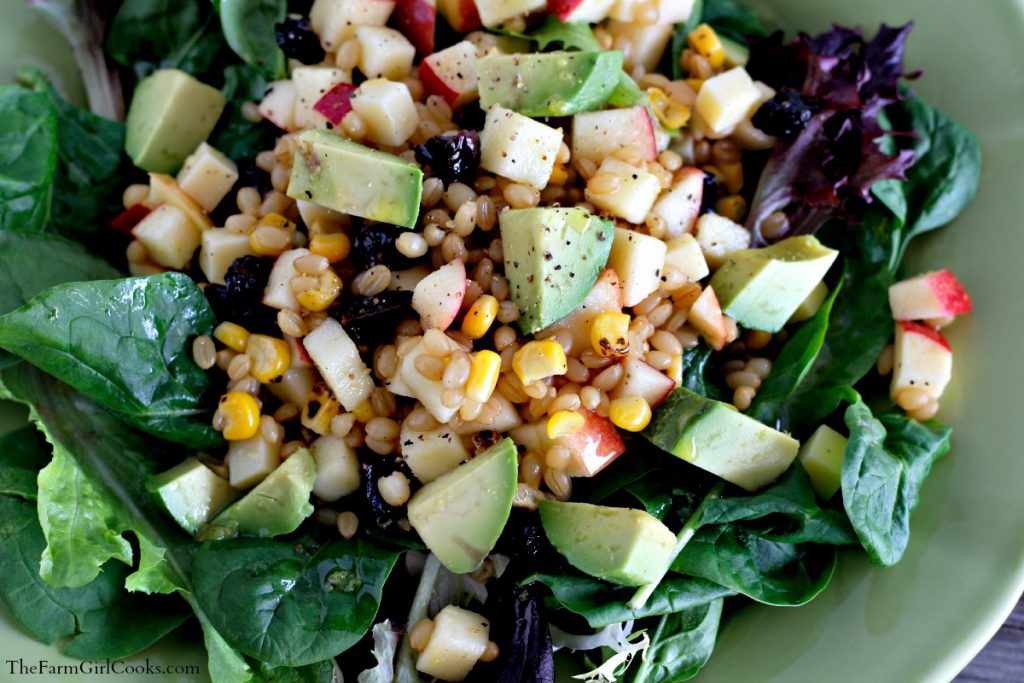 Not that he would eat this salad anyway, mind you.

The avocados clinched it.  Funny how tastes change, isn’t it?  This is the child who would eat an entire avocado half as toddler and now screeches in horror when I even suggest a spoonful of guacamole.

I was inspired to create this salad when I cooked far too many wheat berries and had to find some way to use them  up.  I am a grain salad freak, actually.  Mixed green salad?  It’s rabbit food.  It doesn’t matter that we grow acres of lettuce every summer.  I need bulk to feel satisfied.

This was my second attempt with wheat berries and I am hooked.  Many thanks to Sanford for giving me a big bag of ’em to sample.  They are very substantial to eat and I think they’d make a great base for chile or a chewy addition to a walk-away frittata, or even a tasty pilaf.

Combine warm wheat berries and a few tablespoons lemon vinaigrette in a medium bowl, stirring to coat well. Add in next 4 ingredients (up to and including cherries) and stir again.  Serve immediately on a bed of greens with avocado cubes scattered atop or let the mixture meld for a few hours or even days in the fridge.  Add more dressing to taste.  Note: If you plan on storing the salad for any length of time, cut and add the avocado at the last minute so as not to mush it up when stirring.
Note Again: Don’t lean too heavily on measuring things here.  If you have a bit extra corn, use it. Not enough gruyere, make the pieces smaller.  Is your apple large instead of medium?  No big deal… use it!

* To cook wheat berries, add 1 cup wheat berries and about 4 cups water to a saucepan.  Season with about 1 teaspoon salt, then bring to a boil.  Reduce to a simmer and allow to gently cook for about 45 minutes to an hour.   They will still have some chew to them, but they won’t break a filling.  Drain, dress as desired, and, once cooled, store in fridge for up to a week or freeze for longer storage.  Wheat berries reheat beautifully in the microwave.

* Lemon Vinaigrette: pour into a small jar with tight-fitting lid, 1/2 cup olive oil, 1/4 – 1/3 cup lemon juice (fresh is best & I like it tart), salt and pepper to taste.  Shake vigorously to combine. Store leftovers in refrigerator.

So what’s going on at the farm this winter, you ask?  Like much of the country, damn cold and snowy.  We have had plenty of days off from school and our share of shoveling.  We have had loads of fun feeding the birds and checking them out.  We’ve spotted plenty of birds of prey, including several bald eagles.

The geese, above, can be a major nuisance.  This isn’t even half of what shows up here and plants their feathery tails behind our homes.  It’s quite a cacophony we are serenaded with at bedtime, let me tell you! 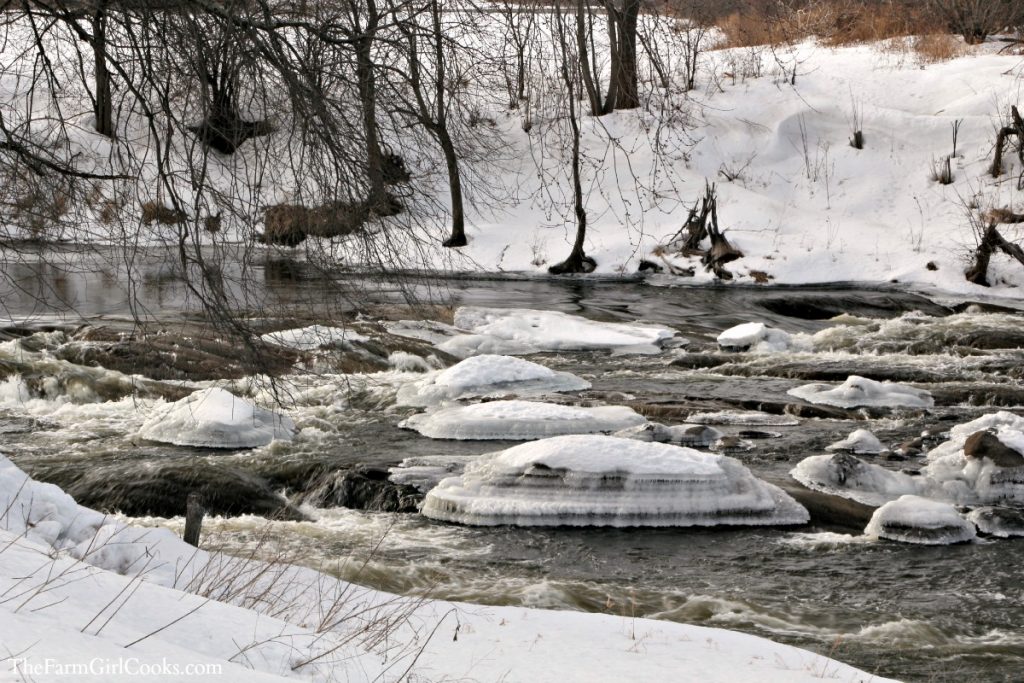 Sure it looks nice sometimes, but then you have to deal with snow removal (and if it melts a bit in between storms, you can add mud to the mix.  Ick.

It wouldn’t have been so bad plowing with the enclosed-cab John Deere, but the plow hitch broke right after the big storm that dumped 18″ of snow here at the farm.  Since a farmer’s gotta do what a farmer’s gotta do, Dad went to it with the bulldozer.  Powerful as all get out, but the tracks (instead of wheels) leave some pretty big gouges in the parking area.  Such is life this winter! 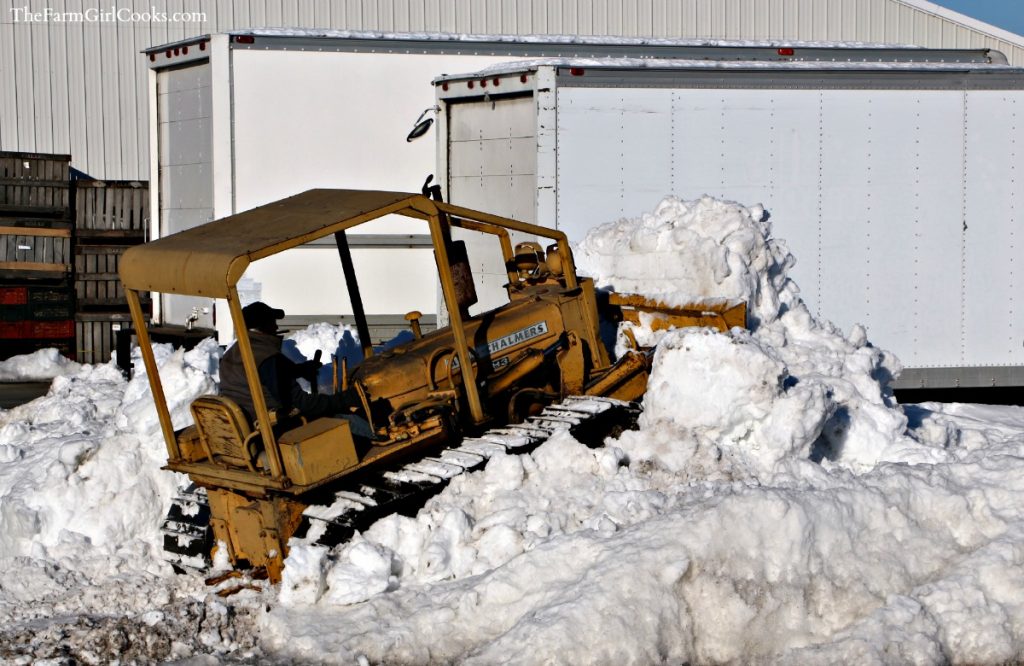 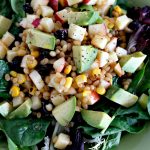 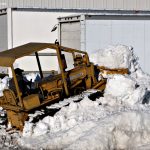 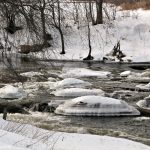 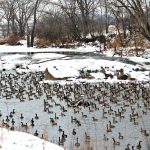 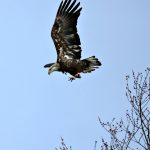 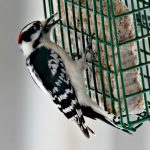 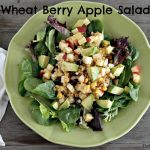