Zucchini inspiration begins somewhere and for me it began with garlic.

I would imagine that seeing, touching, and smelling garlic would inspire culinary greatness in most people. I looked at the garlic sitting in my father’s work-worn hand and immediately thought garlic bread!  I’m not saying it hasn’t been… but in theory, garlic bread probably should not be the sole component of one’s evening meal.

I also had a beautiful loaf of Janet’s ciabatta bread and creamy fresh chevre.  How could I NOT create something simple and delectable from those superior ingredients?

So I donned my flip flops and baseball cap, grabbed my cute little red Kuhn Rikon knife complete with sheath, and sauntered out to the zucchini patch. I say saunter because it was like 93 degrees and sunny at 5pm and there was no way my pace was going to be any faster than that.

I came back with a handful of lovely green and yellow zucchini and a few flowers. Did you know that there are male and female flowers on a squash plant? Summer and winter squashes, even gourds and pumpkins, have male flowers that come out first (the ones on skinny stems).  Then the female flowers (the ones attached to zucchini) emerge and after that, the onslaught of bees.

The zucchini produce so quickly and abundantly that we have to pick them clean three times per week. We have 2 500-foot rows of zucchini, with about 2/3 green and 1/3 yellow. They will produce for a month or more before a new similar section is mature. Veggies have a life cycle and after producing pound after pound of squash (or whatever), production eventually peters out. We move on to another ‘patch’.

We harvest zucchini and cucumbers first thing in the morning when it’s cool. The point of doing this? The cooler overnight and early-morning temperatures keep the bees just a tad lethargic, or perhaps they’re pollen-drunk.  Funny thing about those squash flowers – they open up in the morning so the bees can do their pollinating, then close up when it gets hotter. Mother Nature can work her magic.  It’s not uncommon for bees to get so wrapped up in their work that the flowers close behind them and they end up trapped inside!  I’ve actually found a few bees inside flowers that I was prepping for frying (so good dipped in a tempura batter and deep fried!).

I started by grilling some slices of ciabatta bread.  Once the slices had beautiful grill marks and a hearty crunch, I rubbed them with a raw clove of garlic.  I know, this sounds crazy – but it’s ABSOLUTELY FANTASTIC!  You’ll be surprised just how much of the garlic is left behind on the warm, toasty bread.

While the bread was toasting, I sliced and sauteed a few thinly sliced green and yellow zucchini in a bit of olive oil for about 7 minutes or so.  I salted them toward the end, then stirred in about 4-5 zucchini blossoms, cleaned and sliced into thin ribbons.  A 2-minute toss in the pan and the zucchini was ready for a small handful of coarsely chopped fresh tarragon.  You could also use basil if you don’t happen to have tarragon, but I strongly advise you to grow a small yet comprehensive potted herb garden near your kitchen.  You won’t believe how wonderful and inspirational it can be.

Remember that fresh soft chevre (goat cheese)?  That was the accessory that pulled this outfit together.  Spread each gloriously toasted and garlic-scented piece of bread with a bit of goat cheese.  You can also use ricotta – it will have a different flavor, not as much tang, but will still be delicious.   Carefully pile a bit of the zucchini mixture on top of the cheese, drizzle with some extra virgin olive oil and season with salt and pepper.

Eat your bruschetta with the comfort of knowing you will not have to fend off any vampires for at least two days. 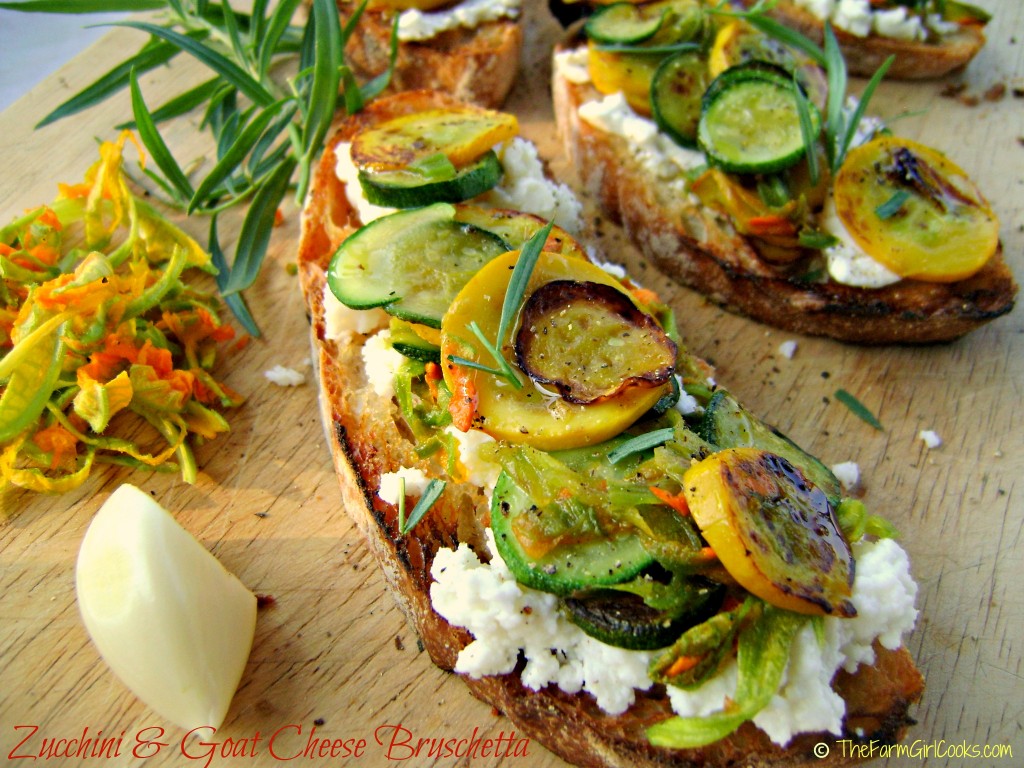 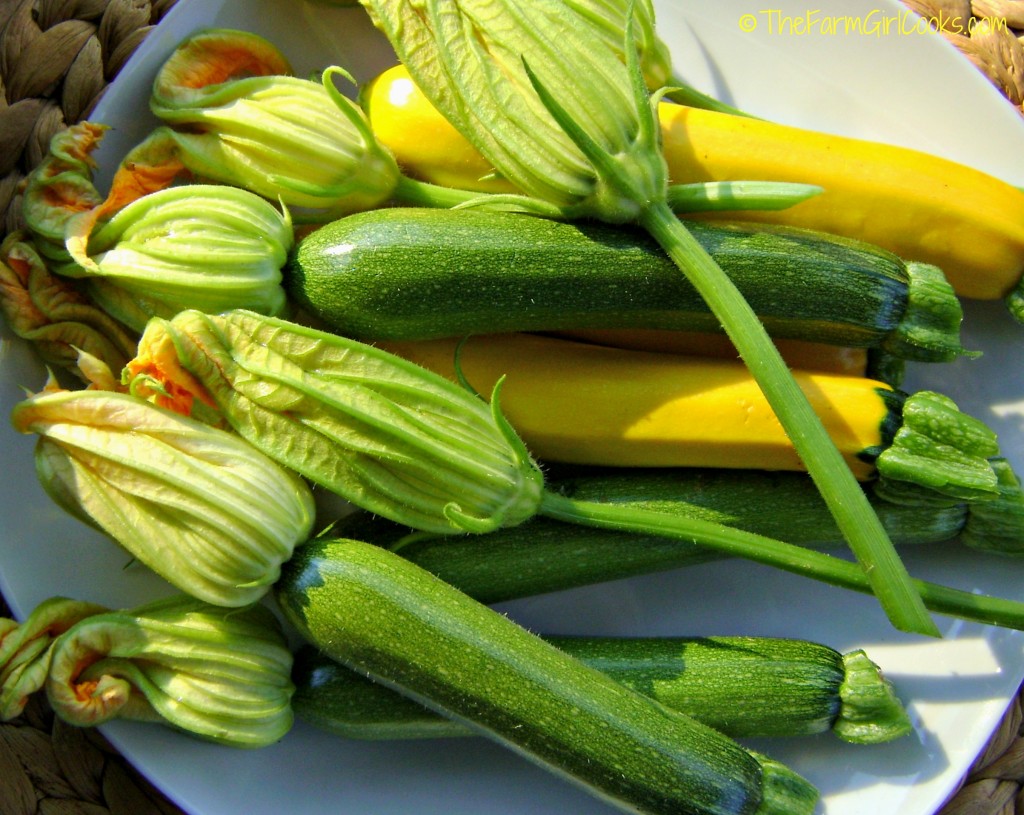 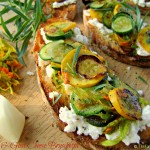 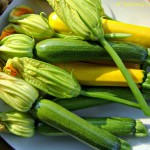